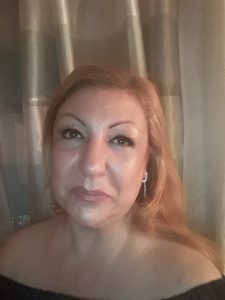 Dr. Paula M. Rodriguez is a high school teacher in Los Angeles. She started her literary career in Spain, where she won first award on the prestigious poetry prize Francisco Nieva, but focused thereafter on academic publications that deal with different aspects of the literary experience, from Shakespeare to Henry James. Her first poem published in the United States appeared in 2006 in The Blind Man’s Rainbow, under the title “Other Words for Absence.” Since then, she earned third price in the Urban Ocean poetry contest in 2016 with a piece entitled “Eternal,” and had a number of poems accepted for publication in different venues.